Transkaukazja is a multidisciplinary international festival focusing on contemporary culture in Caucasia at large and dedicated to actively promoting this region as a unique cultural space of explorative practice and innovation.

The festival takes place every two years in open and centrally located urban spaces, as well as in the most important local modern art galleries, cinemas, theatres and key cultural centres. The festival features a variety of presentations from different disciplines and using a range of media - including the visual arts, film, music, dance and events combining different art genres. Since 2004, Transkaukazja has brought an increasingly diversified audience into direct contact with contemporary art in one of the most culturally rich regions of the world. The festival explicitly aims to promote harmony, tolerance and pluralism in one of the most culturally and ethnically diverse regions of the globe; it is hosted in Caucasus countries, as well as in nine European countries.

In 2013, Arts Territory was one of the co-organisers of Transkaukazja and the festival was used as a focal point to collaborate across independent arts organizations from twelve countries (stretching from Azerbaijan to Portugal). For what was the second time, the festival was awarded a grant by the European Culture Programme; it was and is the only arts festival project directly drawing input from non-European Union territories as part of the EU Eastern Partnership policy.

Transkaukazja 2013 saw contemporary artists from Europe and the Caucasus combine efforts, looking at impulses towards an understanding of a new Europe typified by greater inclusion and pluralism. The artists produced their works under the arching conceptual umbrella of two main themes – those of migration and confederation. The presentations and art works mixed different genres of art and included Caucasian, European and local-specific practices and styles.

The London-based events of the festival took place in June 2013 and included the Songlines Encounters Festival. Songlines Magazine’s eye-catching and ear-opening festival was kicked off by the first and only UK performance of a string-rich collaboration between fiddle-led Polish folk group Volosi and Georgia's 33a, led Niaz Diasamidze on the Georgian lute.

Volosi’s music is characterised by strings instrument experimentation, used to achieve a dynamic and musically recognisable sound. Vołosi is comprised of both classically trained musicians and self-taught mountaineers - the latter no less talented than the former. The brothers in the band – Krzysztof and Stanisław Lason (cello and violin players respectively) – work at the Katowice Music Academy.

33a combines rock, chanson and reggae influences with traditional Georgian form. The founder, guitarist and lead singer of the band is the charismatic Niaz Diasamidze. The band has been performing since 1994, and it has since become one of the best-known Georgian bands in the world. 33a's trademark sound comes from the panduri, a three-string instrument typical of southern Georgia.

More info can be found here 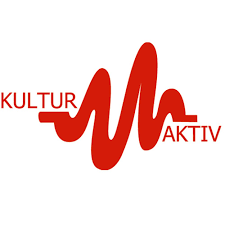