A ‘Day of Learning’

A 'Day of Learning' was made up of a series of live events presented as a part of the closing programme of the Diaspora Pavilion in Venice. The programme centred around a conceptual and political exploration of the post-Brexit socio-economic landscape; it formed a part of a long-term research and commission project, 'The Illusion of Return'.

Alongside the artists who produced Diaspora Pavilion a new video was premiered, 'Two Men and a Mattress' produced by Joanna Rajkowska; in addition to this, 'Vulnerable', a participatory performance developed by Katarzyna Perlak, and 'Interval', a performance by Justyna’s Scheuring featuring live singers (Agnieszka Podubny and Robin Paley Yorke) were launched.

The title – A ‘Day of Learning' – was a purposive and politically infused reference to the historically epic and culturally fracturing day of the Brexit referendum, when the UK explicitly declared its preference for protectionism and (arguably) nationalist sovereignty at the cost of citizen welfare. The title was inspired by a project that Griet Menschaert had formerly realised during the '100 Days of Learning' programme in Eindhoven. Her day of learning, ‘Strolling Through the Grass on the Other Side’ was contomitantly performed in Venice.

This performance and sound piece was formed of a collection of 142 exchanges with a diverse range of participants who taught the artist how to pronounce ‘vulnerable’ properly. The recordings were made in both sound studios and in public spaces in London; recordings were intentionally also made in Harlow as a clear marker of the artist’s ideological backdrop, because Arkadiusz Jozwik was killed there as part of a hate crime committed on 27th August 2016, shortly after the Brexit referendum.

The work reflects on the complex dynamics between language, power structures, social mobility and vulnerability itself. By asking participants to tell the artist how to pronounce the word “properly”, inaccuracies in pronunciation and the vulnerability thereby experienced when speaking English in a foreign dialect, provoked by fears of being rejected and castigated, were highlighted. Through the process of verbal repetition, the word reforms itself phonetically but there is also a confusion which emerges as to the semantic definition of “properly”. The notion that “proper” ways of doing/saying things are a complicit feature of closed value systems thus emerges throughout the process.

During the Diaspora Pavilion closing week’s programme, Katarzyna invited the audience members to participate in the work and the artist intends to make new recordings for the site. Previous recordings:

‘Interval is the pause that sees two performers sing concurrently, in tandem, Polish and, respectively, English songs, from pop to folk, in strange unison, in a precise cross-section of cultural interrogation. (…) This is a diptych about migration, about the social tensions and politicisation of the foreign body, about the irresolvable and the unseen.’

Interval is Justyna’s artistic response to the series of post-Brexit xenophobic attacks which targeted Poles living in the UK. It was designed to be performed by two singers (Polish and English respectively) who stood next to each other and sung acappella at the same time, overlapping and juxtaposing different melodies and lyrics in the different languages; these overlapping songs merged in moments of perfect harmony which acted as a performative manifestation of tolerant coexistence.

Justyna is an artist keen to explore the “emotional presence” which characterises human beings as individuals and as groups of people in social situations, highlighting the way in which our emotional states, interactions and projections are morphic and in flux at all times. She creates new (“emotionally present”) beings both within and without the limits of already existing dynamics, and she consciously parades around the borders of the new being and the old mode of being. Most of her projects speak to the audience of presence, the mutuality and multi-polar causality of interpersonal relations, along with the formation and re-formulation of group identities social norms.

Two Men and a Mattress, a film produced and directed by Joanna Rajkowska, was originally conceived as being a film about Brexit. This inception quickly evolved and the work grew into a narrative about an inexplicable urge that occasionally drives people blindly to their own destruction. With a nod to Two Men and a Wardrobe made by Roman Polański (1958), which depicted Polish post-WWII social life as saturated in violence, Rajkowska’s film employs the protagonists of two British men who, on a hot summer day, suddenly perform an impromptu and arbitrary act – they take a mattress and drown it in a swamp. Before they do this, they discuss the historical moment they find themselves in and its 'bloody awful' character. And then an exhausting and unstoppable trip with the mattress begins: it follows it downhill, through a forest, travailing thorns and nettles, thence pursued by mosquitoes, and emrging into the swamp. 'There is a kind of inevitability, once you start…', one of them comments. This work echoes the wardrobe-carrying sequence in The Adventures of a Good Citizen (Franciszka and Stefan Themerson, Warsaw, 1937). This humorous, surrealist and inherently perturbing performance enacted by a group of friends includes a politically crucial Jewish character. Watching the film logically evokes (post-hoc) collective memories of the Holocaust that was imminent at the time of its production in 1939. The summer of 1939, like the summer presented in Two Men and a Mattress, was blissfully hot; the bliss of the heat and sun poses as a symbol of both the innocence of the pre-Holocaust era / pre-War era and as something of an ironic calm-before-the-storm.

Griet Menschaert
‘Strolling Through the Grass on the Other Side’ (2017)

The performance of ‘Strolling Through the Grass on the Other Side’ comprises the form of an open invitation to a one-to-one conversation. The aim is to engage the invitee in accessing the internal reality of someone else’s drives, longings and personal history – hence the phrase the grass on the other side; an implicit co-objective is to prompt the person to learn about themselves, their biases, preoccupations and drives etc. The artist invites a randomly selected individual from the audience to sit with her and partake in a five-minute-long talk about destiny and heritage, about where this person would like if he/she were to be enabled in fulfilling dreams and aspirations both sentimental and objective. At the close of this conversation, the artist offers no commentary or critique but simply invites someone else to join her in the same form of conversation. It is an immaterialised experiment in self-learning which seeks to help us unpick, narrate and interpret our real-life story of self from both our own and others’ perspectives. The answers are accepted as they are presented, not qualified, judged or appraised, and this way a strong rapport is built between and across the attendants, as a sense of authenticity and honesty prevails in the room.

'A Day of Learning' was supported by Arts Council England, the Adam Mickiewicz Institute, and the Polish Ministry of Culture and National Heritage via its Scholarship Programme.

The ICF’s closing programme was made possible by Art Fund. The Diaspora Pavilion was facilitated via support from Arts Council England, the University of the Arts London, and the Bloomberg Contemporaries. 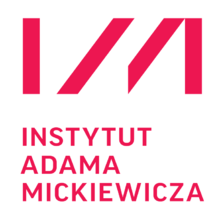 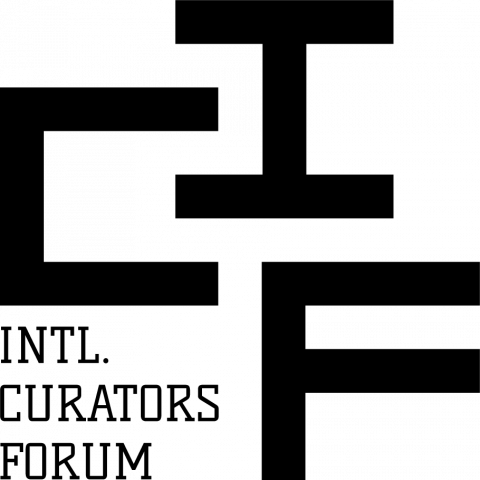