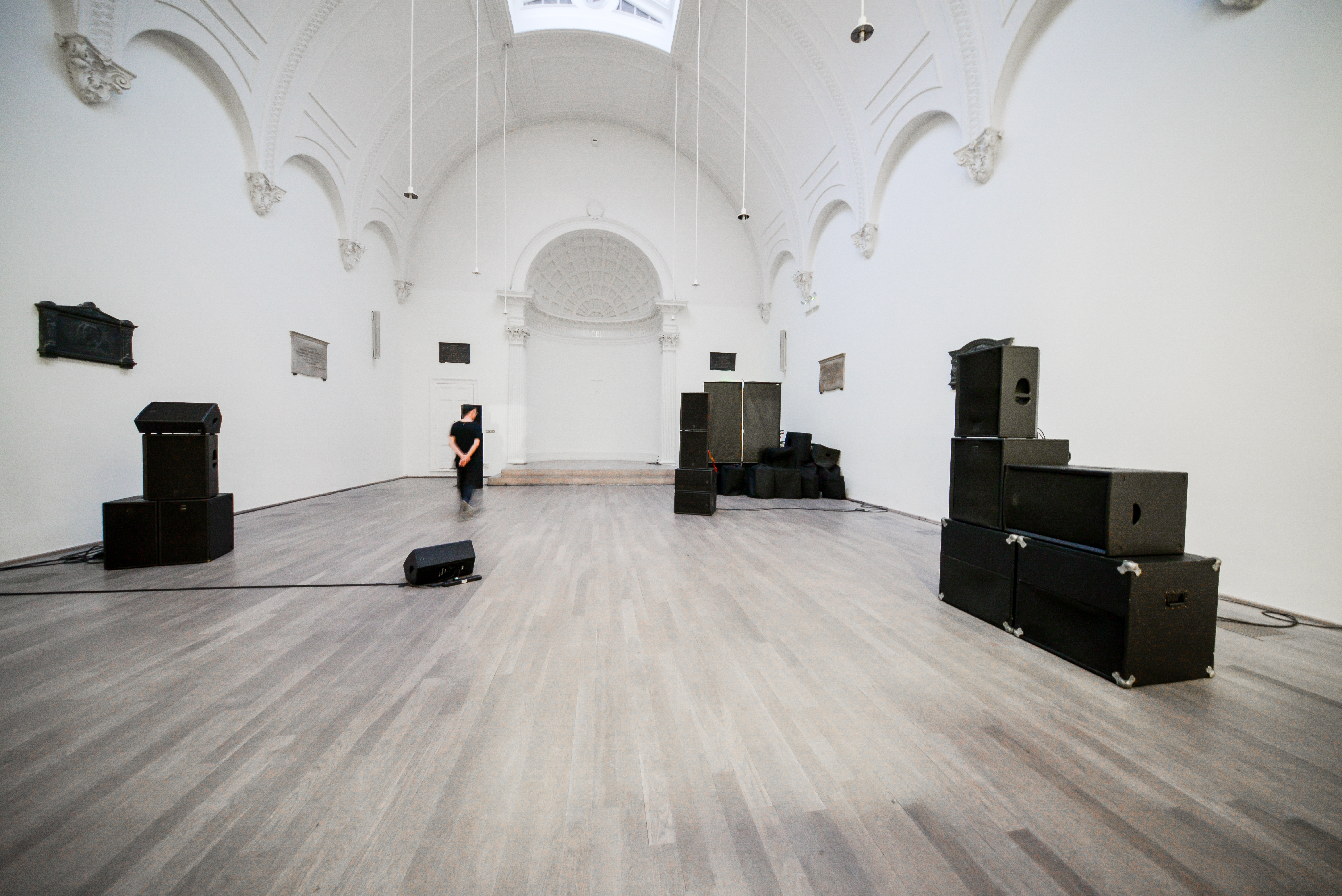 6CH oscillates between visual art and sound while proposing a radical approach to this fusion. This was a 6 channel, site specific, missive  audio installation built in a spatially and visually minimalistic way. The primary element of communication in 6CH was the physicality of the sound wave and, consequently, it’s direct contact with the recipient. The resulting haptic sound sculpture focused on the three-dimensionality of sound as abstract and ephemeral matter. The visually minimal, reduced to a few objects—towers built from loudspeakers, concert sound system and freely scattered audio cables—installation relied on daylight (but most of the time took place after dusk),    thus not providing much of a visual experience. However, this visual character was balanced by the weight and richness of the sound layer.

The 30 minute long piece repeated itself in a loop throughout the entire day. The viewer was invited to move inside this "sound sculpture," and through their movements, they were able to experience different configurations of sounds—their perception of the work was constantly changing. The recipient's activity translated into the final shape of the work—the final mix of the emitted song was made using a “moving pair of ears.” It is only possible to experience the spatiality of this realization as well as Konrad’s other realizations during the exhibition / activity,  escaping the possibility of documentation.

Konrad Smoleński is a multimedia artist working in sound, video, installation and performance. His works combine punk rock aesthetics with the precision that is characteristic of minimalism. Through the use of sound objects that are plucked directly from popular culture or of his own creation, Smoleński examines the effects of free-flowing energy. This is evident in works where a sound signal is manipulated live and/or is forced into an interaction with the audience. By exploring the possibilities of electricity, sound waves and PA systems, he manipulates the meanings that are usually attributed to objects connected with rock music and contemporary art culture. Winner of the Views 2011 – Deutsche Bank Foundation Award. The artist represented Poland at the 55th Venice Biennale with a solo exhibition at the Polish Pavilion (2013). He is the leader of the BNNT sound performance project and co-founder of the PENERSTWO artistic collective. His works are held in the following collections: Museum of Modern Art in Warsaw, Ludwig Museum, Museum of Contemporary Art, Budapest, Museum of Art, Łódź, Ujazdowski Castle Centre for Contemporary Art in Warsaw. www.konradsmolenski.com

In partnership with Muzeum Sztuki, Łodź and the Ditto Foundation 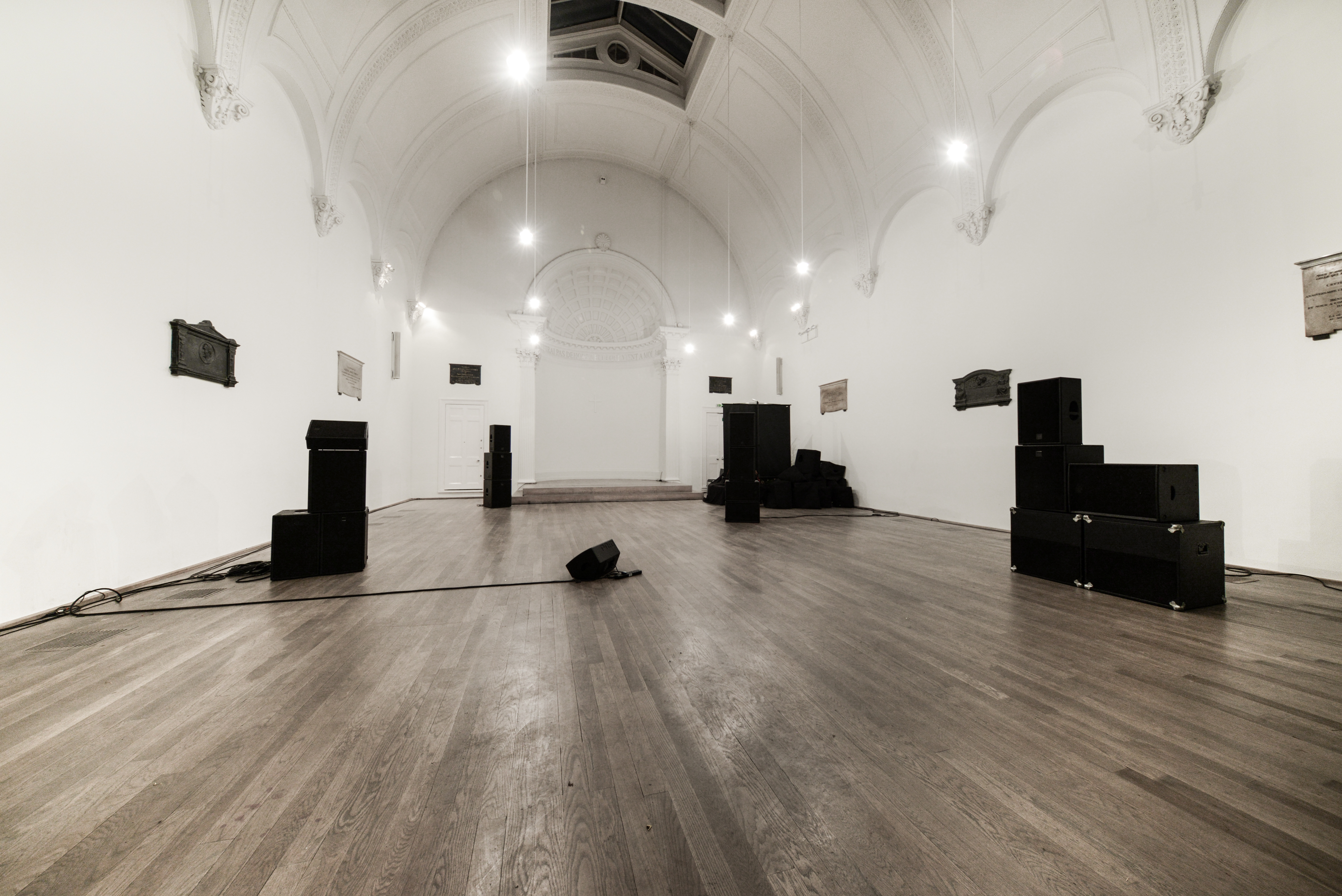 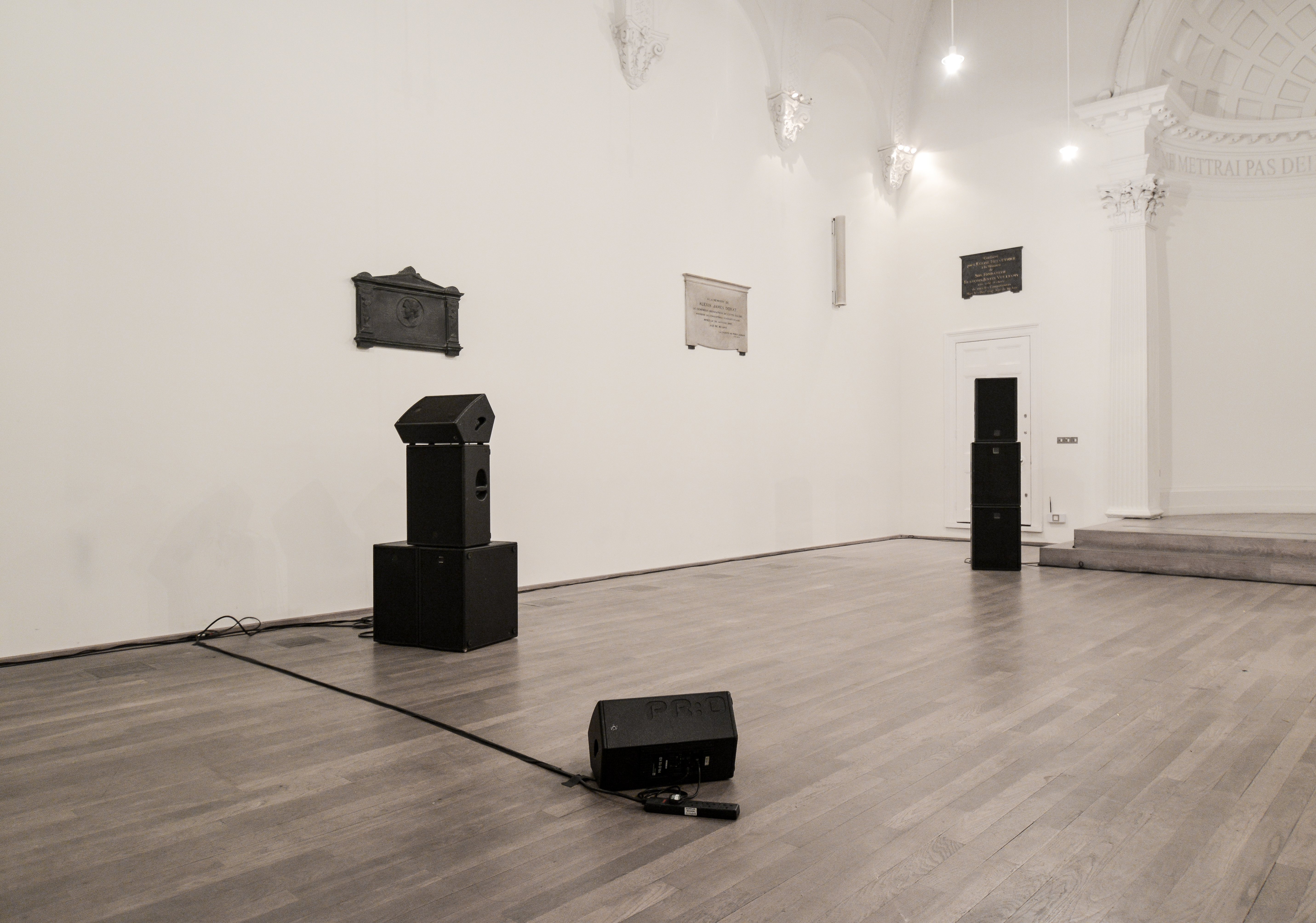 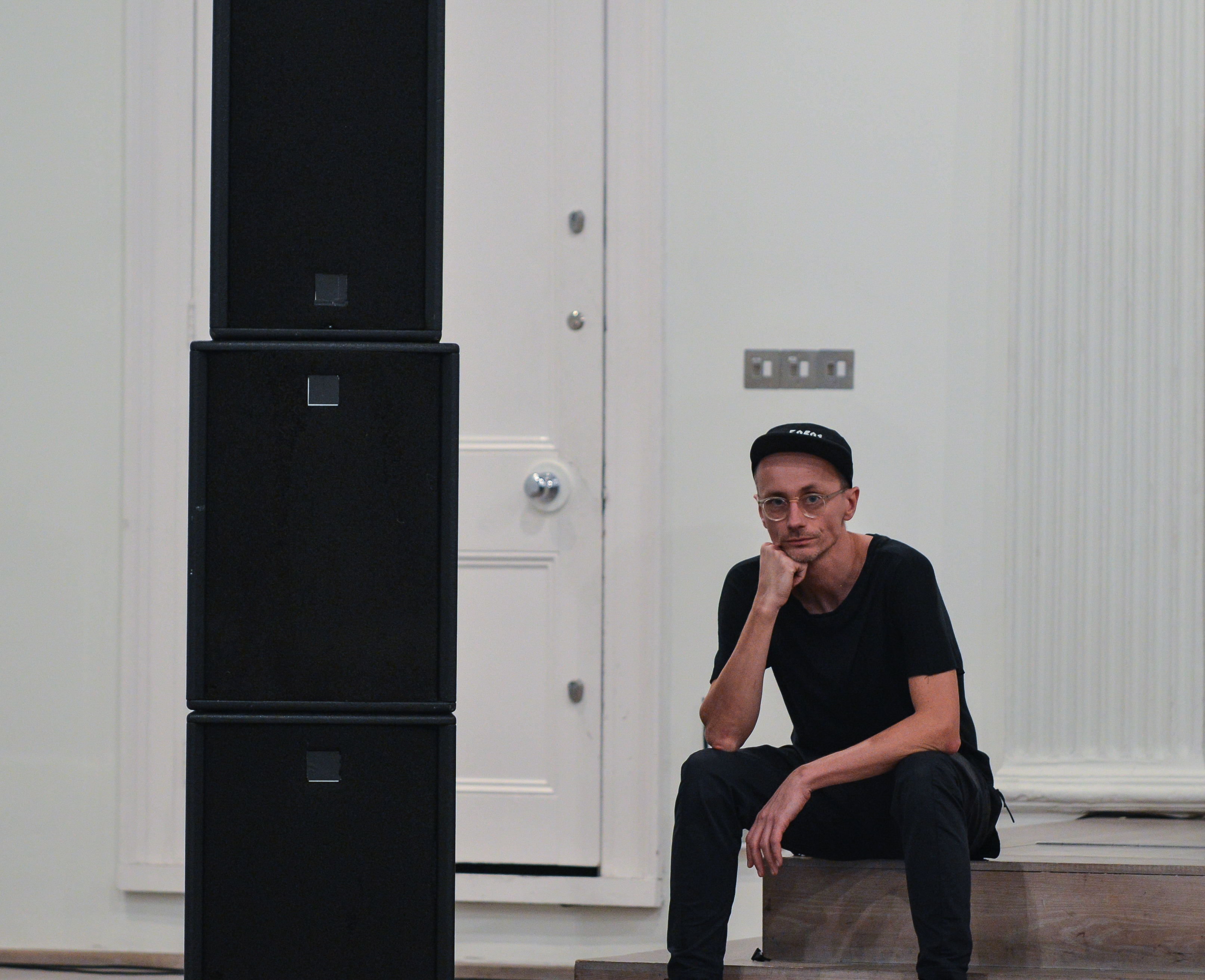