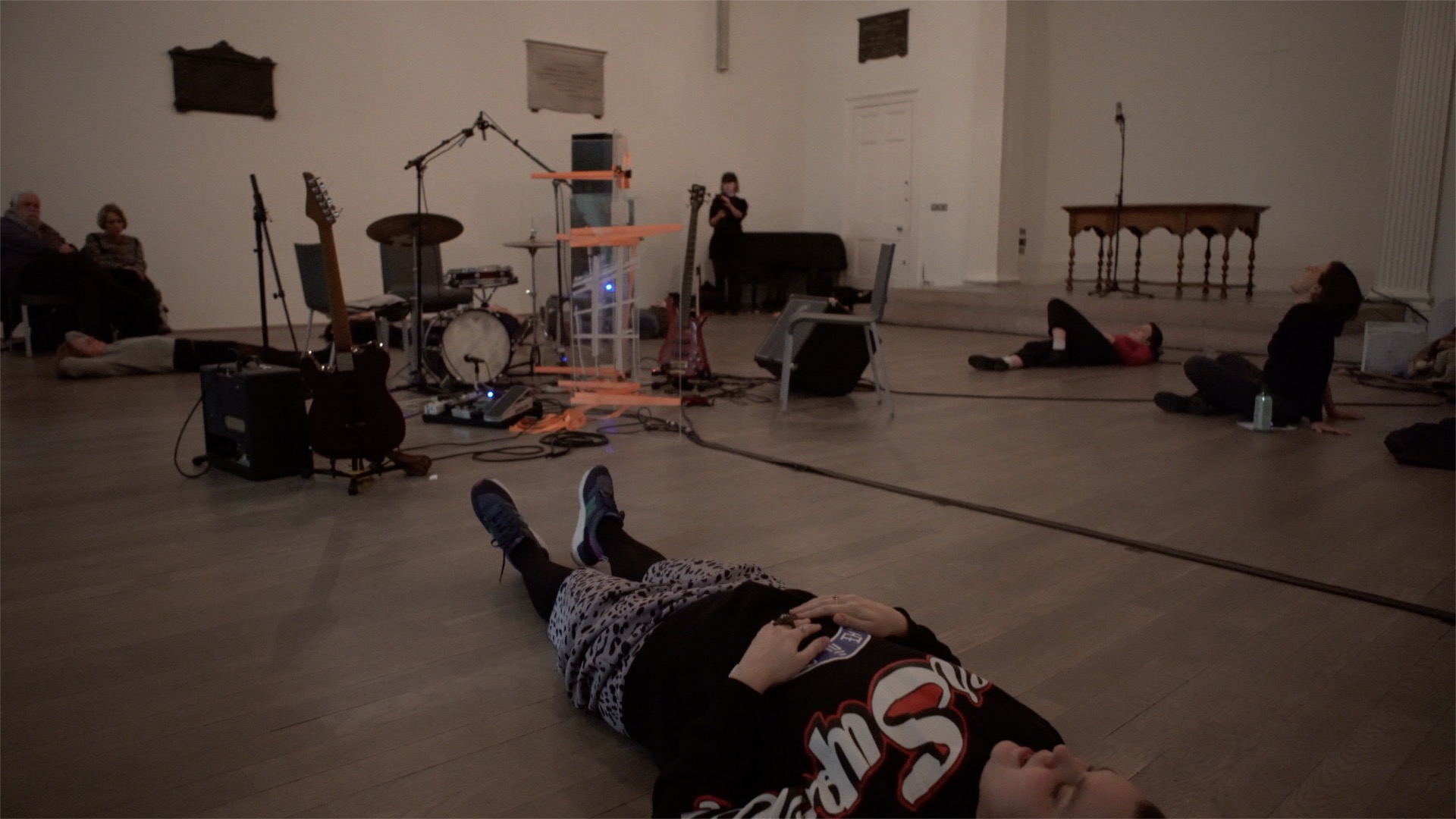 This performance was the result of a two day long workshop—with artist and composer Zorka Wollny—dedicated to architecture and voice.
The workshop was based on creating relations between points in space, making drawings, creating lines and plains,  measuring distances, and building walls using sound. The questions that the artist posed, and which were interpreted by the group, were  : What is the audio dimension of the space? How to measure it using the voice? How to sing the line? How to sing a series of points? A flat surface? How precise can we be in directing sound?

Zorka Wollny creates acoustic compositions for institutions, factories and empty buildings. Her works inhabit a space between art, theatre as well as contemporary music, and are always closely connected to the historic and functional context of specific architectural sites. Wollny’s collaborative production style often involves public rehearsals and workshops in which she creates structures of cooperation with individuals as well as groups and communities, such as composers, students, actors, and activists. In one of her most recent works, “Unmögliche Oper” (2017), she involved several choirs and citizens of the German town Oldenburg in an exploration of the voice as a tool of expression and public debate. “Order” (2015) was composed for the Teutonic Castle in Swiecie, Poland, a 15-person volunteer choir, three percussionists and electronics. In "Ophelias. Iconography of Madness" (2012), presented at the Museum of Art in Łódź, Wollny staged a performance of eleven actresses, representing the figure of Ophelia as depicted in several historical theatre productions of Shakespeare’s Hamlet. In "Oratorio for Orchestra and Warsaw Citizens Choir" (2011), developed for the Warsaw Autumn International Festival of Contemporary Music, Wollny devised a concentrated, polyphonic manifestation in the city centre of Warsaw that was produced in collaboration with NGO’s and the Warsaw Philharmonic Orchestra and is based on the political manifestos and agendas of the participating activists. At the 2018 CTM Opening Concert, Wollny created a new work especially for the occasion using her 2016 installation “Vox Populi” as a starting point. The piece featured a tesla coil and two live vocalists. www.zorkawollny.net 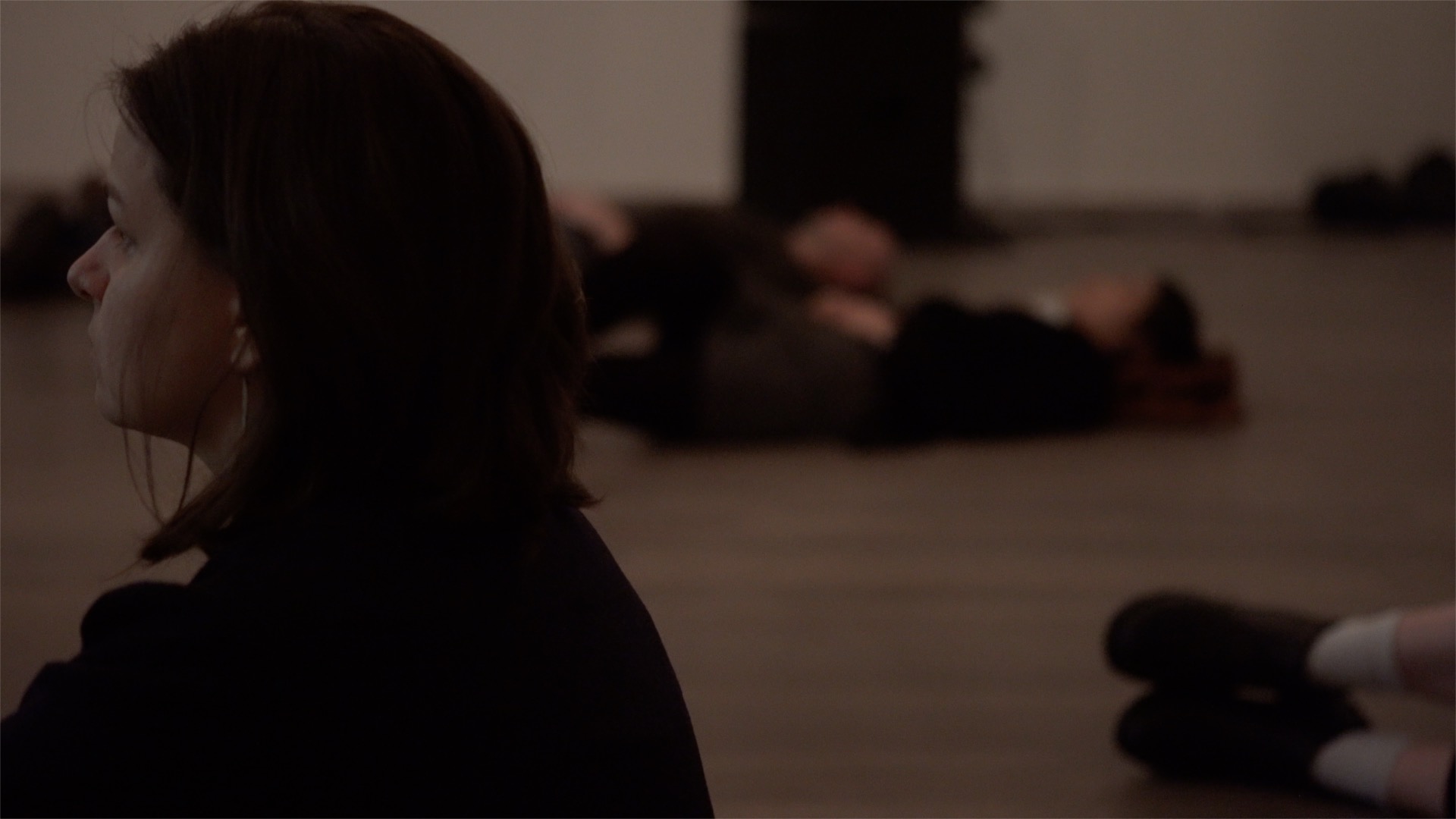 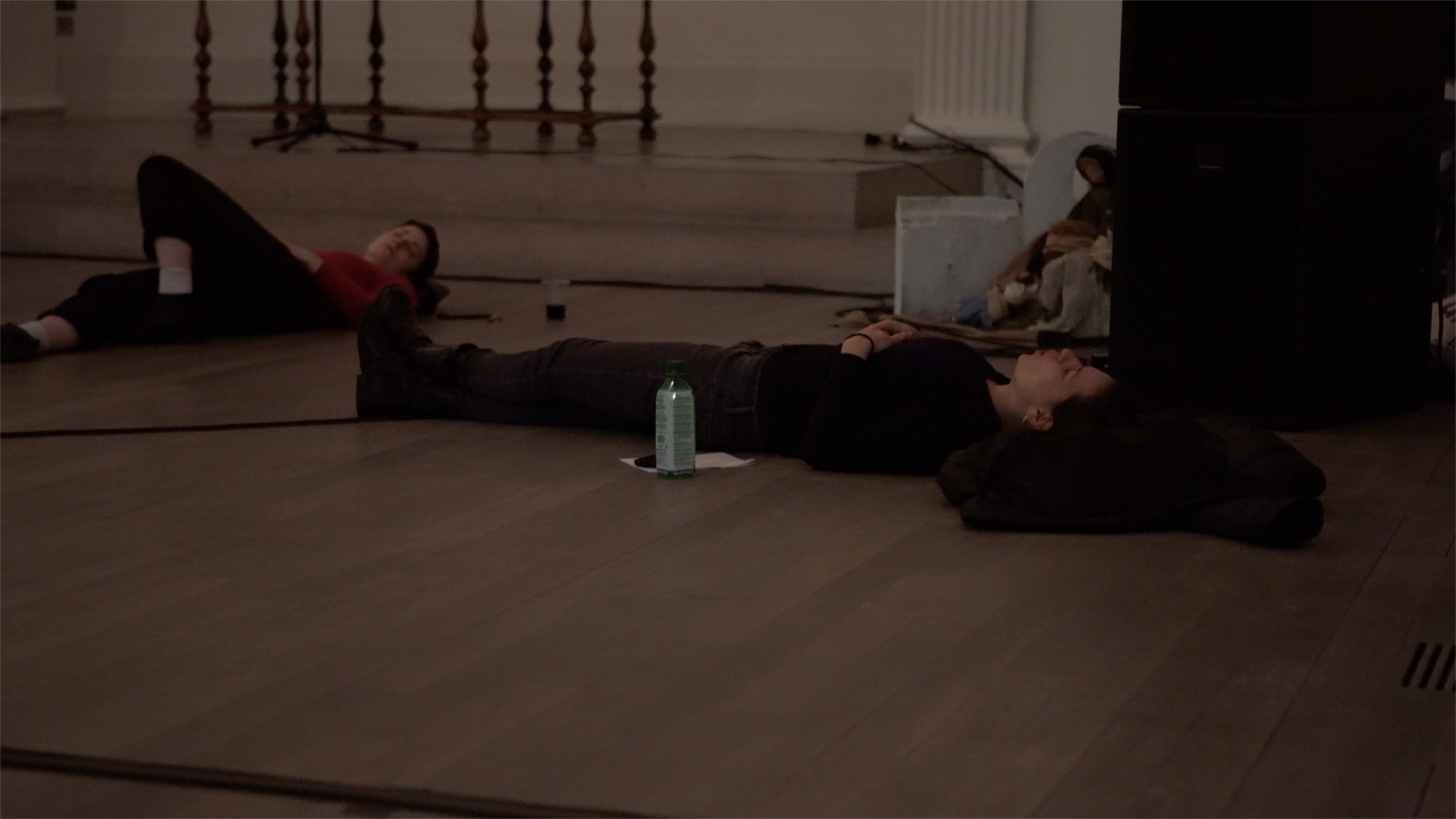 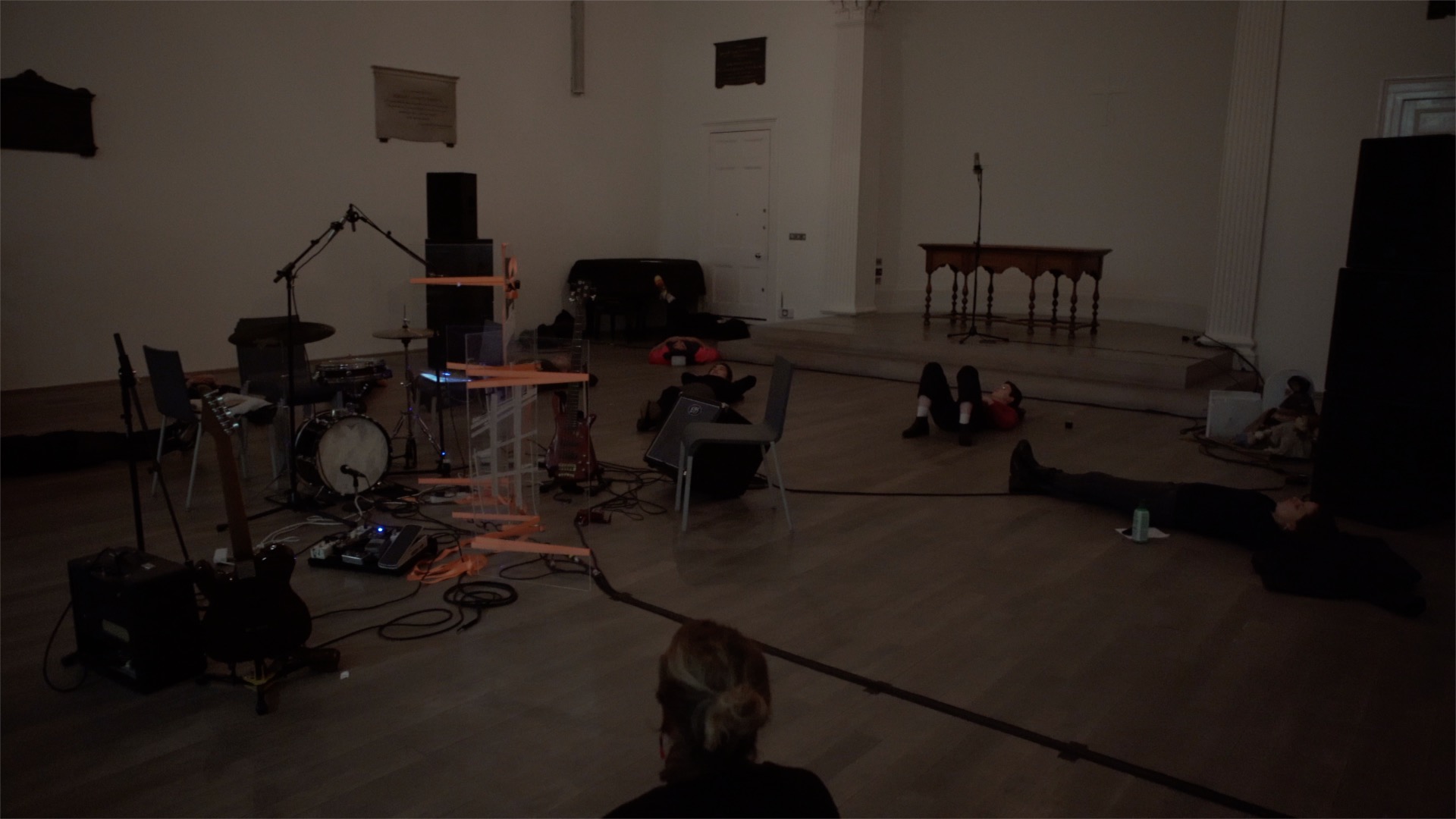